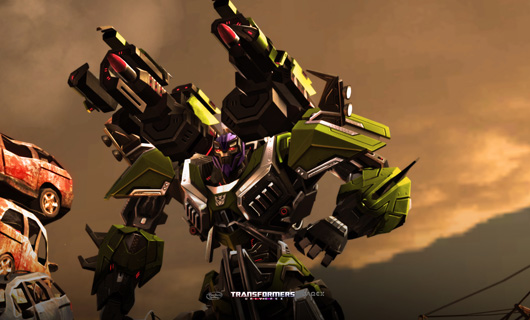 Yesterday we learned that Transformers Universe is no longer going to be an MMO, but a "MOTA" (massively online, tactical action game) instead. And delivering on CEO Mark Gerhard's promise that fans would see more about the game from here on out, Jagex has released a new trailer. Check out the action of Autobots and Decepticons battling it out in the clip below. The game, slated for release this summer, is accepting beta sign ups now.