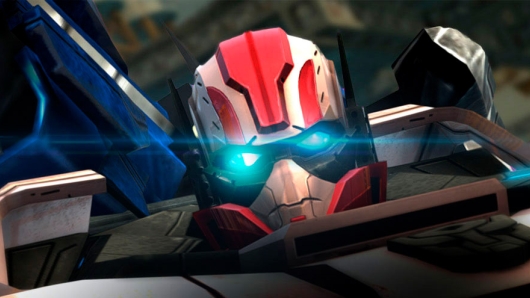 It's been a long wait for Transformers Universe hopefuls. The game has gone from MMO to MOBA to MOTA (which is still sort of a MOBA), its release date has been pushed back, and hopeful players could be forgiven for increasingly not expecting the game to ever come out. A new post on the official site confirms, however, that the game is approaching its next beta test in the very near future.

Players who hope to be taking part in the beta are asked to fill in their computer specifications, giving the development team valuable information about the game's performance on various machines. They should also keep a close eye on their email inboxes; beta invitations will be sent out based in part upon the specifications filled in on the official site. So keep the faith, and before long you too could be swapping forms and blowing up other Transformers all over the place.