We're back, and we bring with us a rejuvenated Collection Log that will help you keep your stash nice and organised! Plus, more poll changes are rolling in, and we're giving you an opportunity to brush up on your Kourend and Kebos lore just in time for A Kingdom Divided. Read on to see what's in store in the latest update... naked moles and all.

The Collection Log now has its very own Search function to help you quickly find your stuff! Get typing to instantly see all the lovely items you've acquired. 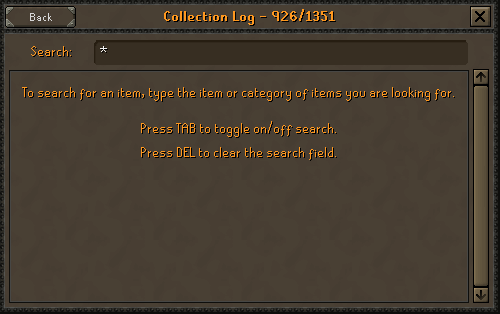 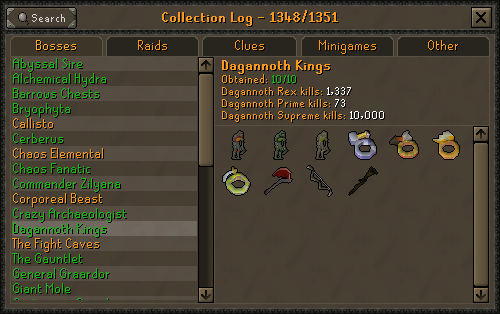 Other additional items have also been added to the Log as follows:

Collection Log aside, the last few changes from Poll 74 are also being released with today's update:

Postbag From The Swamp: Submit Your Questions!

With the upcoming release of A Kingdom Divided, we’d like to take the opportunity to answer your burning questions about the Kourend and Kebos lore. We’ve dusted off Postie Pete, set him up with a fetching pair of galoshes (not sure how he’ll wear them, mind), and given him the addresses of several notable NPCs – so all that’s left now is for YOU to ask the questions!

Stuck for inspiration? The Old School Wiki has an archive of all the previous issues of Postbag from the Hedge! Ooh, we’re feeling all nostalgic.

Whilst we continue to investigate reports of the Scrying Pool and Portal Nexus not working as intended, "Scry" mode will now reveal how many players are in a specific location.

This is a temporary solution and we expect to release a permanent fix in the future that returns it to its full functionality as it was before.

The PvP world rota has moved to Period A:

As previously stated, the PvP World rota will change weekly, along with every game update.