Last Man Standing Beta
Next week sees the release of Song of the Elves! This is the second main expansion revealed at RuneFest 2018 and includes loads of extra content within the elven city of Prifddinas. As mentioned in last week's newspost, we won't be adding new content this week so the team can focus on preparing for the big launch. In the meantime, some smaller changes have been made to the currently active LMS beta.

Last week we launched a beta to demonstrate and tweak the changes to Last Man Standing described in the State of PvP blog from May. Since then, the beta has proven popular among regular PvPers as well as players just starting to learn how to PK.

Shortly after launch, the following hotfixes were made to the LMS beta following initial feedback:

The above changes were possible thanks to Mod Roq and Mod Maz keeping a close eye on feedback right after launch and making changes on the spot to suit the immediate feedback.

Since then, the team and Mod Roq especially have kept a close eye on the suggestions and prepared the following changes to the beta to go live with this update:

The beta is still ongoing with no confirmed date of closing. If you haven't had a chance to play yet, we encourage you to give it a try if not least for the free practice! Any and all feedback is hugely appreciated and will be used to refine the minigame until the changes are ready to be polled.

In particular, we are keen to hear your thoughts on the rewards that were pitched in last week's game update newspost. Let us know on our social channels what you think of these or if you have any other ideas!

On Monday we posted the second Warding blog with major changes since the last design we pitched to the community. We highly encourage you to give it a read and form your final opinion. The skill will be polled separately from the other features put forward. The poll can be expected to go live this Friday, July 19th.


Song of the Elves Login Screen Competition
For major releases we typically hold a design competition to allow the community to create a custom login screen. The best entry is then displayed as the in-game login screen upon release.

This time around we had a huge number of fantastic entries and the poll to decide the final winner is due to close later today. When the poll has closed, we'll announce the winner from our social channels. If you haven't yet cast your vote, head to the nearest poll booth to take a look!

In the meantime, let's take a look at some of the other amazing entries from our shortlist that didn't quite make it to the final four:


Rushlash (top) and Tamara (bottom) depicted the gates to Prifddinas in their designs. Rushlash focused on the crystals woven into the elven architecture while Tamara showed the missing city behind the gates with a detailed background.


Gamez X (top) and Runezilla (bottom) continued the popular choice of the city gates for their designs. In Gamez X's design, crystal gates and wooden architecture surrounding them are beautifully rendered. Runezilla opted for a more mystical feel with bright glowing colours and luminescent plant life. 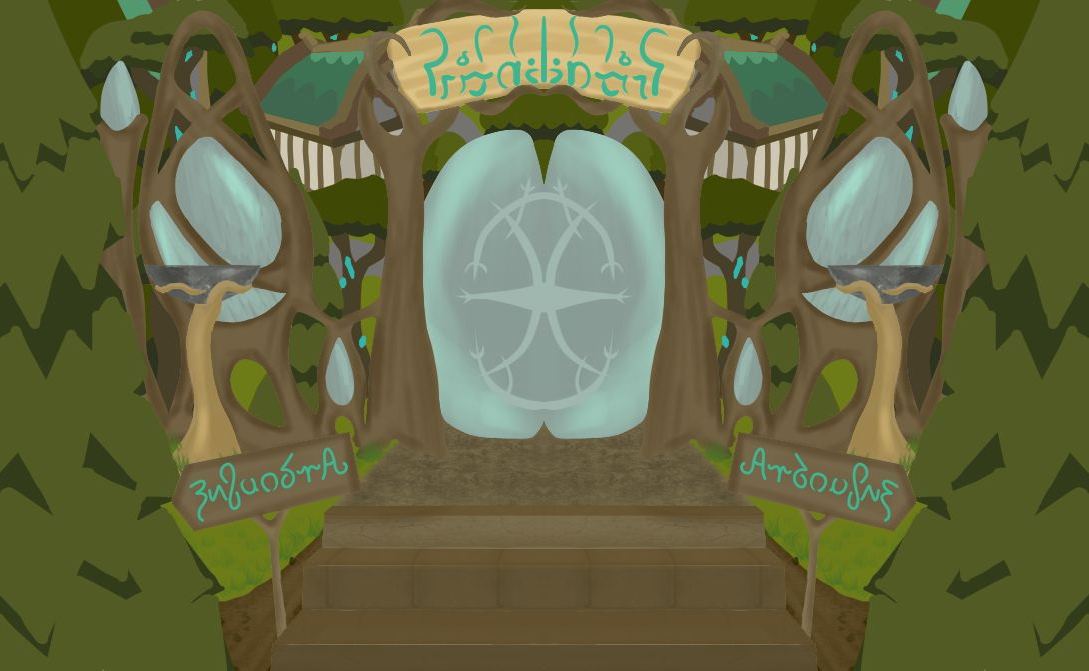 UIM Herblore's design completed the set in its own unique style. We particularly enjoyed the cleverly mirrored lettering on the signposts directing players to Zul-andra to the west and Ardougne to the east.
A massive thanks goes out to everyone who entered the competition! We love to receive your designs and choosing our favourite four to bring to a poll was especially difficult.

The video and lore competitions are now also closed. The winner of the video competition will be announced in next week's livestream the day before launch and featured in the update post on Thursday. Players who submitted successful lore entries will have their entries featured in game!