To coincide with National Customer Service Week in the United Kingdom, RuneScape is preparing a series of posts and meetups about and with the customer service team. To kick it off, the team put together an infographic about its previous year's efforts with players.

Probably the most stunning figure is that the 28-member team assisted 500,000 players over the course of a year. A majority of those service requests were for account issues. Response time was decent but not astounding, with 25% of calls answered within an hour and a "vast majority" addressed within 24 hours. The team was happy that 75% of those helped rated the help as eight or above out of 10.

You can view the full infographic after the break. 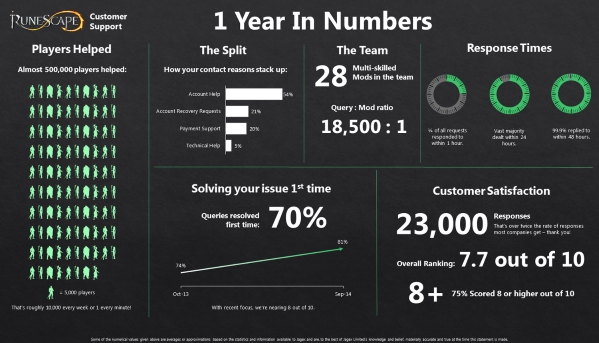